Is it Christmas yet? Wait, it's January! 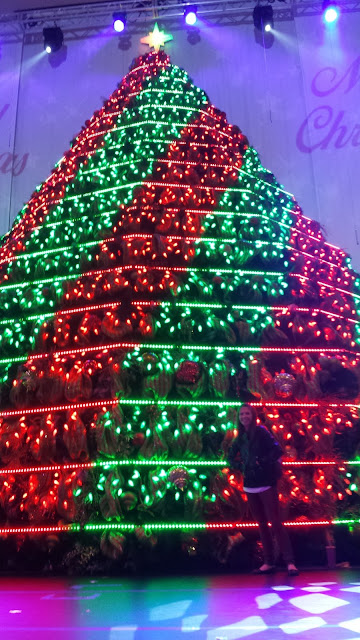 So, as they say, life happens. It's been too long, but sometimes blogging takes a back seat to life.


It's pretty common for me to get a little overwhelmed in December, but this was definitely the most difficult ever. Since it may seem like LCW has fallen off of the list of priorities altogether, I thought I'd take a minute to update, explain, and commit publicly to get back to blogging!

I should've known, when I was approached with that please don't kill me look, that we were in for an adventure. However, when my husband and I were "voluntold," as he says, to join the cast of a Christmas production our church had been working on for over a year (about a month before opening night), I assumed that there was some sort of costumed, smile and wave thing about to happen. It turned out we were Joseph and Mary, in what amounted to one of the largest Christmas productions, and THE GREATEST by far, I've ever witnessed. I still question the the thought process behind putting the two of us on stage, but since we weren't allowed to sing, reasonable consideration must have been given. I really do feel blessed to have been included in that event, and I will treasure the experience forever. Hopefully, I'll get a chance to gather some of the better pics and videos and share some of the details about the event here. It was televised live, documented by the Travel Chanel, and recorded for DVD, so I hope to share and relive the experience again soon! 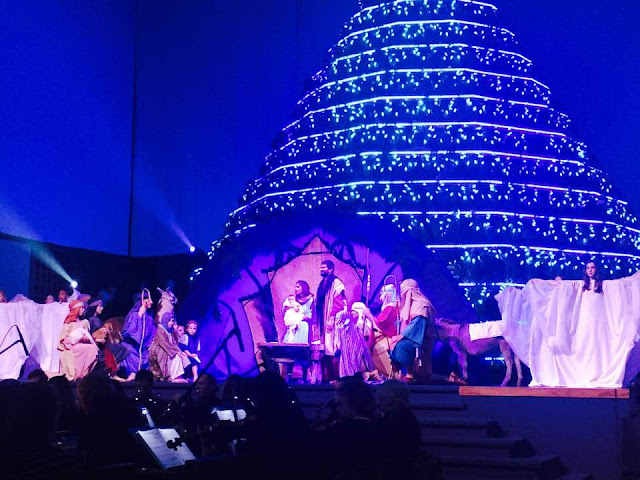 Shortly after that, I was inundated by the to dos jumping onto my list at a rate I couldn't manage. Between birthdays, volunteering, Christmas preparations, etc. it became clear that all of my perfect plans for Christmas would remain in my mind, never seeing the light of day. That seemed okay, since we'd had such a great experience as a family, during the week of "The Tree," but nothing put things in perspective like the loss of a family member.

My stepdad became gravely ill after living at the speed of people half his age, all while having cancer, for a few years now. It's just that he never really seemed sick. In fact he traveled to our home from out of state for my daughter's birthday party, just a few weeks before  Just that short time ago, we didn't even know he was sick. Then there was the fact that when you find out the news via telephone, it can seem like reality is little more than words. Just words, and words are just symbols (for lack of a better explanation) of tangible things that we can experience with our senses. So... Even after hearing the words... Stage 4, the reality was still lost on me. It actually wasn't until we were able to make the trip down to see him a week before Christmas, and I saw a person who, scarcely resembled the man who looked 100% normal just weeks before, that suddenly words seemed nonexistent and reality consumed me. While it was devastating to watch someone spend their last days of life, suffering from cancer, it's also amazing to see what God can do with that time. He can heal a heart as a body dies, and make another heart, that's been around for a while, feel altogether brand new.

As I'm sure most do, we had many commitments the days before Christmas, so we traveled back home. Plus, they insisted we let the kids celebrate Christmas in their home and at their church, just as we would have otherwise. I did have a great conversation with him over the phone, and told him that we decided to come back the day after Christmas. Unfortunately, we received "the call" while we were still frantically wrapping presents to put under the tree in the early morning hours on Christmas day. We wouldn't get the chance for one more visit, but looking back, I wouldn't change anything. We gained so much during that time, that it seems nothing was missed. It's hard to explain how that could be true, and so much joy could be gained during a time of suffering. The only thing I can describe it is to borrow from Psalm 94:19, which says "In the multitude of my thoughts within me thy comforts delight my soul." In my words, that's God. It's what He does.

Anyway, the to dos kept coming and life, obviously, doesn't slow down like we sometimes plan. Illness, new homeschool co-op (which is kicking my rear), birthdays, and all of life's other usual distractions have kept me off track, but I'm trying to catch up. It's my plan to not only get back to the blog, but to overcome my fears of sharing anything real here and give more of myself than just cakes... you know... in case there's that one person who can identify and appreciate it! I have tons of thoughts on paper, things I want to make and do, so hopefully this will be the best blogged year yet for me! If you're reading this through, thanks for sticking with me!!
Share: