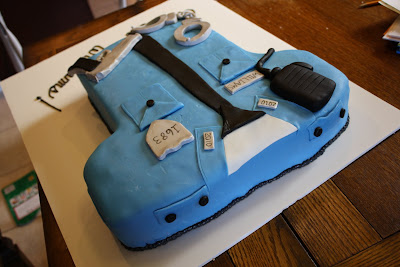 Update:  So, you apparently liked this cake! I recently found it on Pinterest!  After following the link, I discovered that it has been featured on websites, "borrowed" by many, and viewed nearly 4,000 times here (on the blog I quit shortly after starting 5 yrs ago)!  Of course when they are created from my vision, I only see the flaws in what I make.  However, as much as I love looking at other people's cakes, it made me realize that people might actually want to see them. So I'm catching up on the blog! 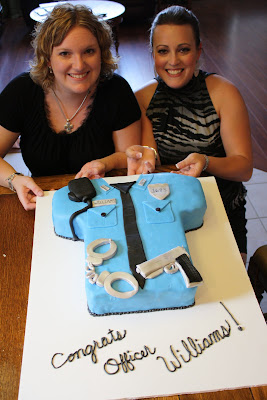 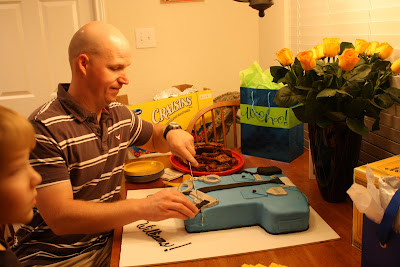 I was so happy to make this cake for Michelle, for her husband's surprise party, celebrating his graduation from the police academy.  Jerod is now a member of the San Antonio Police Department.  Congrats to you both!  -Originally posted: June 9, 2010
Share:

Kayla Lee
I'm a wife and homeschooling mom to 4 kids! We move a lot, as we follow my husband in his career and we stay busy, even when we don't leave the house. I love my church, missions, teaching younger adults, volunteering/mentoring in the foster care community, making/eating cake, sewing, cutting wood with power/tools, music, pinterest, and other really random stuff. As you can imagine, I rarely have time for most on that list. However, on a whim, I'll combine as many items on the list as possible, throw in a little ADHD hyper focus, and create something. So, I thought I'd share my part time whimsy with you.
Add comment
Load more...