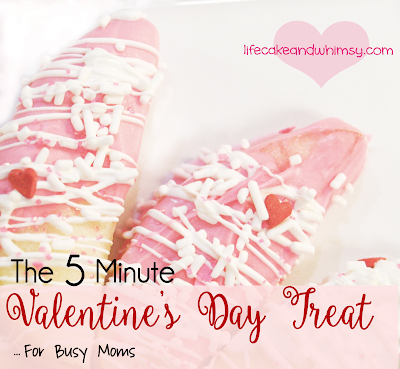 Try this 5 minute trick to turn out some adorable, healthier treats the kids and teachers will love!


So this was not anything I planned to make, or post about.  In fact, I was thinking my next post should be about how annoying I sometimes feel Valentine's day can be.  I'll save that rant for later.  Anyway, my daughter and I ended up throwing these party snacks together, literally before we ran out the door for co-op day.  They were a consolation that I actually felt bad sending to the party.  I was so relieved when the teacher approached me in care line to tell me how much everyone loved them.  Guess that makes them a keeper, and something you can try too.  Since this is a mommy blog , I thought I'd share the story of how these treats happened, but for those who are uninterested, I made a simple photo.  Oh, and there are a few tips at the bottom too! 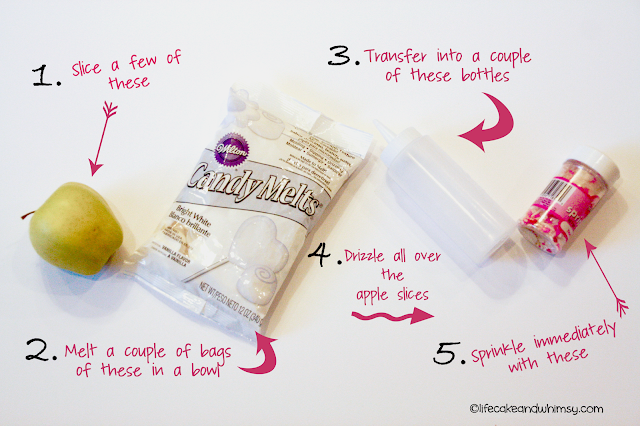 So here's the story and more pics, if you're bored:

For Valentine's day party number 7 this week, my daughter's teacher sent an email with food assignments, instead of a signup sheet.  I was relieved when I noticed that all I had to do was pick up a package of strawberries.  I even thanked her for assigning the items and taking any options off of the table.  (I have ADD, and that makes decision making much easier, as well as eliminates any unreasonable requests by my kid, and duplicates from other moms.)
I knew that this child had a two hour appointment that she would be dropped off for the day before and I would have a rare moment alone to run errands, so I figured I'd get them then.  Well, after seeing strawberries all week, I found NONE after two attempts.  Didn't think too much of it, except for the fact that I would now have to take her with me to keep looking during the 5pm rush, and she hates tagging along for errands.  Well we drove all the way back out home to our nearest Walmart,and guess what...  No strawberries!!  I was a little ticked, because I had been there earlier in the week and seen an entire section of them.  What I could find at a couple of stores were some that were already decorated.  By this time I had to get this kid home and get dinner ready, so I decided one of us would have to go out after dinner to the last grocery store I could think of to get some.

Later that night, my husband finally headed out to get some from Kroger.  A few minutes later he called and said that they were closed.  I didn't think he knew what he was talking about, so I looked up the hours of the different locations near us on Google Maps.  They each said that they open again at 8 am.  Since when?!!!  My frustration with Valentine's day was now at an all time high.

I ended up emailing the teacher, while feeling like a complete idiot, and telling her that I couldn't find any strawberries, and I really didn't want to have to buy over $30 worth of berries for my 7th party this week!  I told her that I had some Golden Delicious apples that I could send instead.  She said that would be fine.
Okay, so since my telling of this story has probably gotten a little long for anyone who just wanted to find out how to make a 5 minute treat, let me get to the point... We were running late, so we had to get a little more creative than just sending apples.  We dug out some candy melts and sprinkles I had on hand.  It only took 5 minutes to slice a few apples, heat the candy melts, drizzle and sprinkle.  In the time it took everyone to get their stuff to the door to leave, they were dry.  All I had to do was toss them in something for transport and go.  It was as simple as that, and everyone loved them! 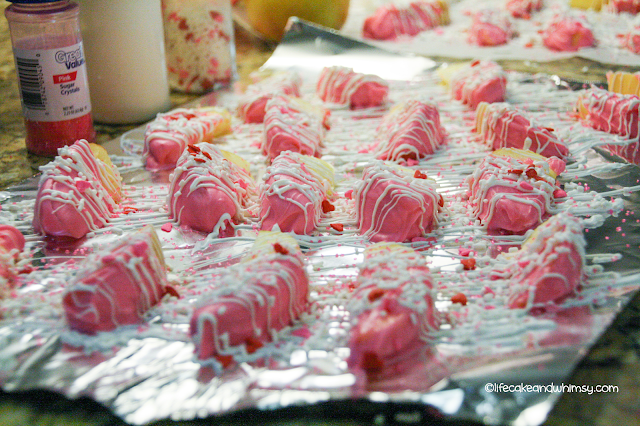 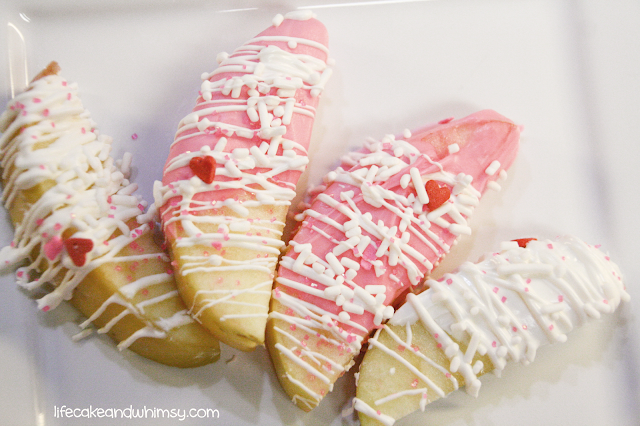 I did come up with a few things I'd do differently next time, so I thought I'd pass those tips along:

So that's it!  Hope you can use it with the kids in your house!

Kayla
Hi, and thanks for visiting my blog! My name is Kayla, and I'm a wife, homeschooling mom to 4 challenging kids, and aspiring servant. Visit my "About Me" page to find out more, and don't forget to comment and get connected!
Add comment
Load more...